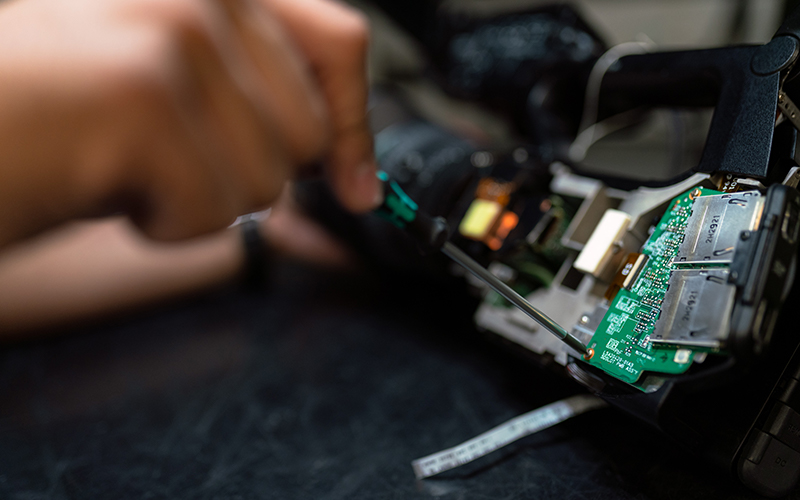 We all know the old adage if it ain’t broke don’t fix it, but what if it is broke? We live in a throwaway society and far too many businesses will sooner replace malfunctioning computer equipment than attempt a repair.

Portal IT Services recently received a call from a distressed customer who had a serious problem on their hands. Their proprietary CAM (Computer Aided Manufacturing) machine used in door manufacturing stopped working and the original supplier of the machine had closed their business several years before which meant they were not able to provide any technical support.

The CAM machine was procured as a significant investment which greatly aided their business by automating the manufacturing process and reducing the need for other additional resources. The cost of replacing the entire machine would have run into tens of thousands of pounds, so they did what any client of ours would do – they phoned us. As it turned out, the whole internal mechanism was controlled from one central point which had a Windows XP at its heart, and luckily for our customer, we know Windows!

It seemed the problem was that the computer simply refused to boot Windows.

Steve, our Technical Support Manager, visited the site to have a look. On the surface, the CAM machine looked like it housed a standard Windows computer encased in a custom console, so Steve was confident he could do fix the problem. Of course, he would rely on original installation disks, backups and manuals to do this, however these had all been lost to the same limbo which inexplicably claims socks and cigarette lighters. This added another dimension to the problem, but by no means made it unsolvable. After all, at Portal IT Services, we love a challenge.

Steve removed the CPU box from the CAM console and admitted it to electronic ICU back at our office in Larbert for further observation.

Our main concern was that the machine had suffered hard drive failure, which often results in inevitable loss of data. Once the computer box was open on the operating table, read technician’s desk, further problems started to reveal themselves. The hard drive’s data interface and power connectors were dated and their technology was now obsolete. Modern cables would not help to get the hard drive working again.

Thankfully Steve keeps a ‘legacy’ spares box under his desk and after a quick rummage, managed to find an old power supply unit and connectors that would not only work, but have a purpose again.

Once power was reconnected, the hard drive proved to be in working order and had no hardware malfunctions, so fortunately we were able to perform a data backup.

The next step was to attempt a Windows repair, and this is when we came up against yet another brick wall. The computer unit didn’t have a CD drive and the motherboard didn’t support booting from a USB memory stick. Once again we delved into Steve’s spares box and once again it came to our rescue; we found a portable CD drive we could connect to the CAM machine’s CPU.

At this point the apparatus resembled some bizarre experiment in a mad scientist’s lab with cables and electrical devices sticking out all over the place and the motherboard lying open on the table. But looks aren’t everything and we managed to perform a Windows repair which resolved the issue and got the machine working again. We were able to load the application software and delivery a fully operational CAM machine to a very grateful customer.